This shop has been compensated by Collective Bias, Inc. and its advertiser. All opinions are mine alone. #SilkandSimplyPureCreamers #CollectiveBias

My 317th recipe, “Vegan Cinnamon Roll”, a super easy breakfast recipe idea. Soft and fluffy rolls filled with the flavor and aroma of cinnamon and topped with the richness of Silk Almond Creamers. 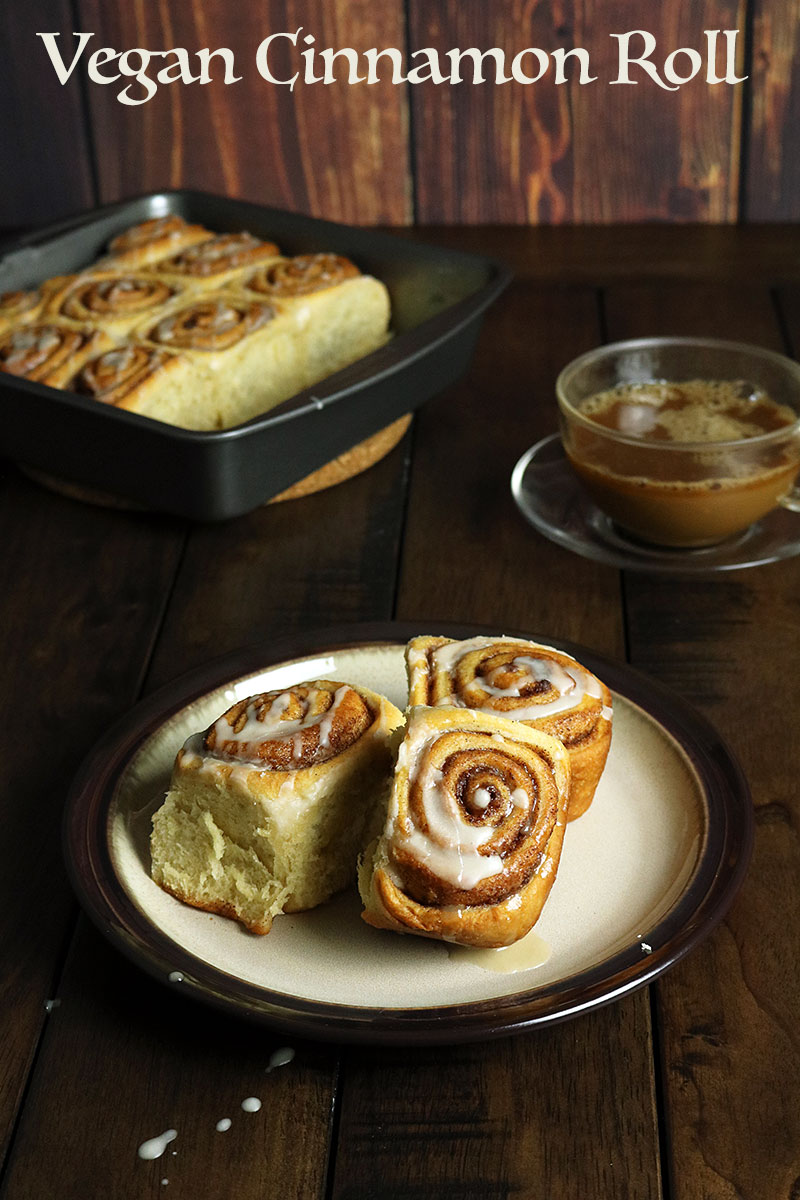 I always love fresh baked goodies for breakfast. While I tend to stick with more traditional Indian breakfast dishes when at home, I unleash my love for baked goodies while I travel. Since I travel a lot, I have enjoyed many a cupcake, muffin, breakfast bars, etc. Though I have seen cinnamon rolls in many of the stores here, it had eluded me for quite some time. 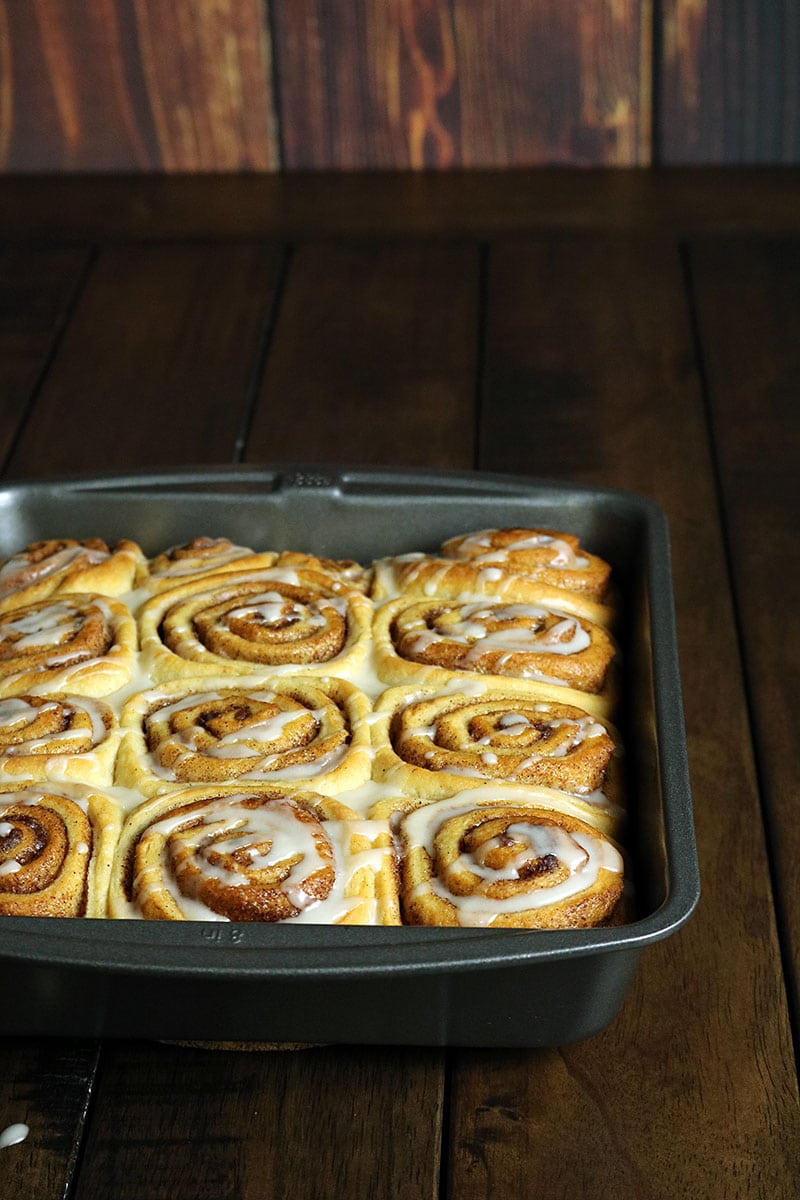 My first encounter with cinnamon rolls was on a memorable vacation in Alaska. We were on a day cruise enjoying the beauty of Kenai Fjords and watching a few orcas and seals playing around us. On that day they served fresh hot mini cinnamon rolls for breakfast. They were simply divine. So light, fluffy, and perfectly sweetened by the cinnamon sugar. The whole cruise ship was in fact covered with the aroma of the fresh baked cinnamon rolls. Pairing those rolls with a hot cup of coffee and enjoying it among the most gorgeous sceneries has been etched in my memory forever. 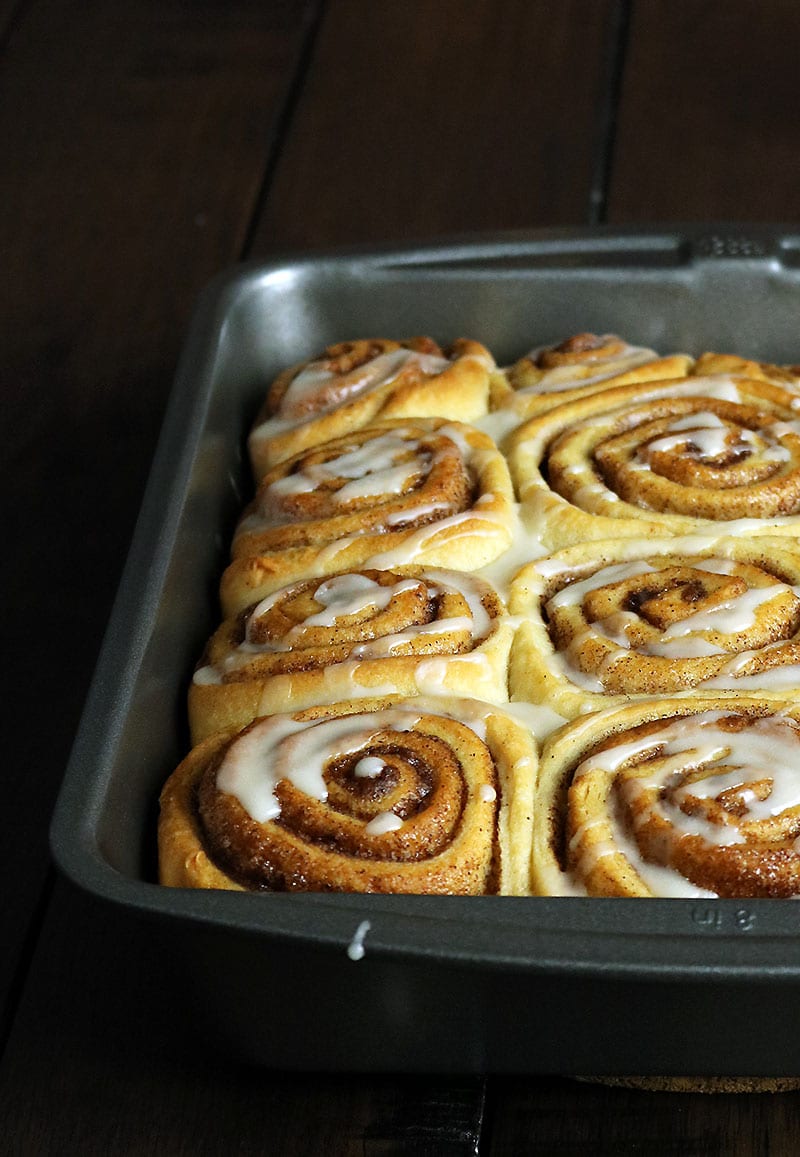 And yes, I do have a certain weakness for coffee as well. I am one of those folks who need a hot cup of coffee to wake me up in the morning. And I am not a huge fan of black coffee. I either need milk or creamer in my coffee. While I prefer adding milk while at home, it is usually coffee with creamers while on vacation. However, powdered creamers are not my favorite. I love my coffee to be rich with flavor which most of those powdered creamers do not provide. I was always on the lookout for flavored creamers which add a bit of vanilla or caramel flavor to my cup of coffee. 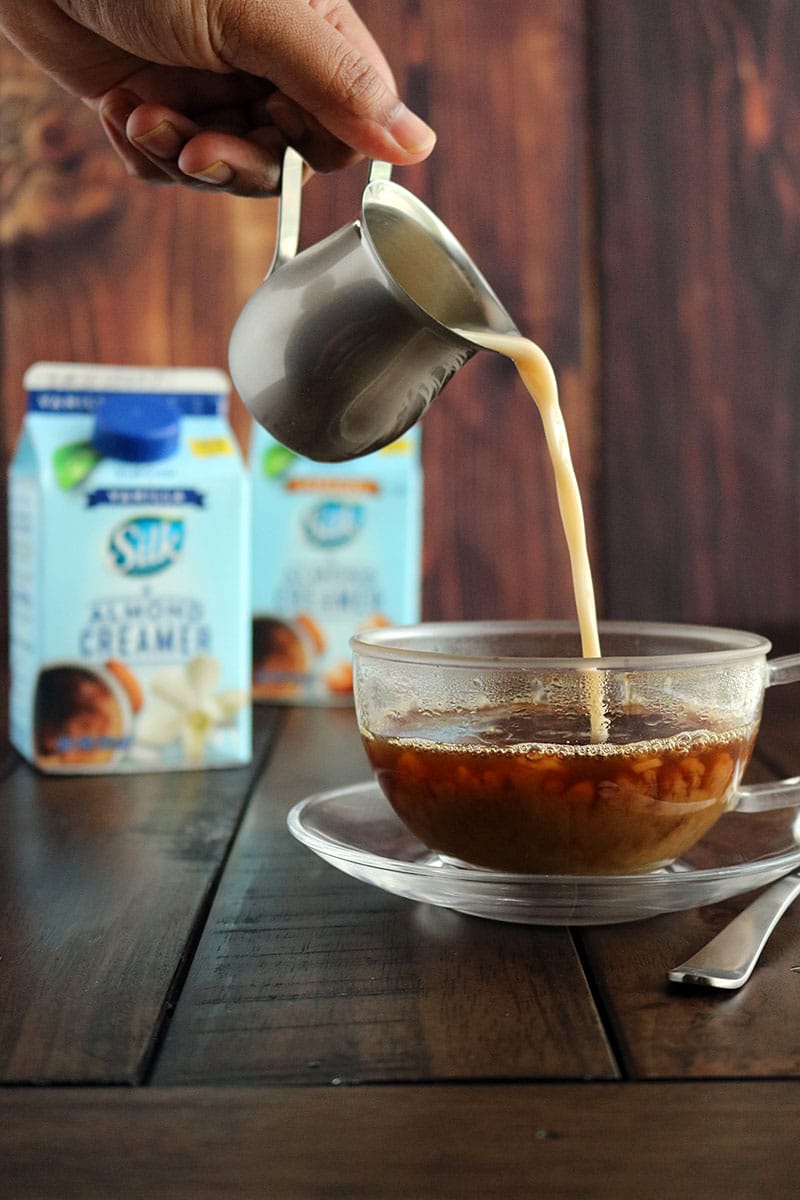 When I came to know about Silk Almond Creamers I was thrilled to give them a try. While I am not vegan, I do enjoy making and tasting vegan dishes. Hence I usually have an instant connect with the products offered by Silk. I love their dairy free milk, yogurt and use it quite often. So I was pretty sure that the Creamer would also work great as an everyday option for me. I decided to purchase both the Silk Almond Vanilla and Silk Almond Caramel Creamer from my local Walmart. In case you choose to visit one of your local Walmarts, the Silk Almond Creamers are located in the refrigerator section along with other milk and yogurt products. 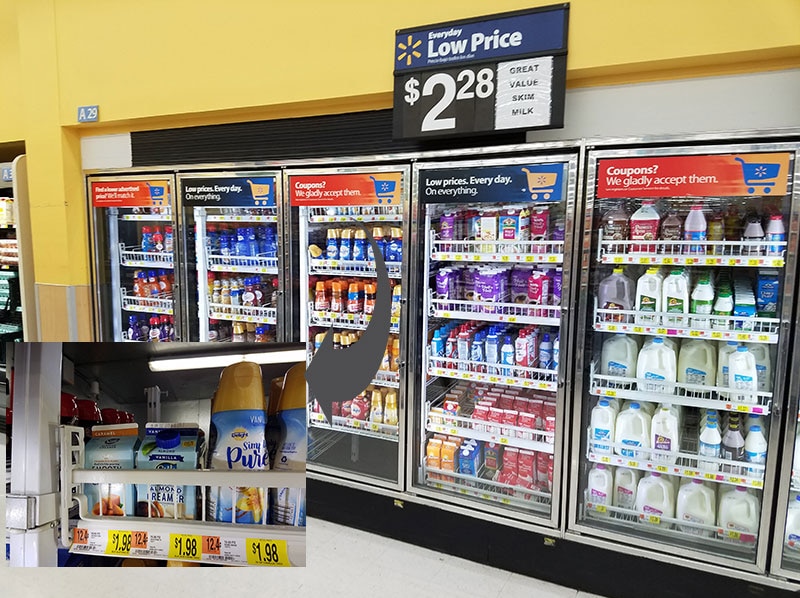 Silk Almond Creamer is everything I would have asked for. It is free of dairy, lactose, gluten, casein, egg, peanut and as well has absolutely no cholesterol or saturated fat. It was full of flavor with a touch of nuttiness, a hint of vanilla and subtle sweetness. The perfect ingredient to make my delicious cup of coffee.

I then decided to incorporate it into a delicious recipe as well. Something which is loaded with the flavors of the creamer and pairs perfectly well with the coffee. As the Silk Almond Creamer imparts a lot of flavor, this Vegan Cinnamon Roll recipe just needs a few ingredients to make. The whole roll itself is very soft, light and fluffy. And the creamer doubles up serving as the icing for the rolls as well. An eggless, vegan Cinnamon Roll that tastes just like your favorite coffee creamer. 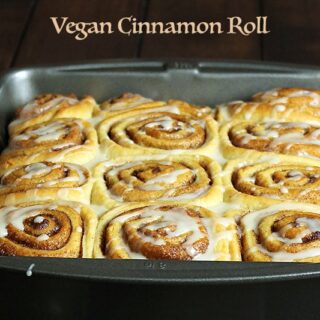 - The quantity of flour needed would vary. Hence add little by little and stop when the dough is coming together. - The rolls are just delicious on their own. However, optionally you can drizzle on some icing on top of the rolls as well. To make a simple icing, mix about 1 - 2 Tbsp of the creamer with 1/4 Cup of powdered sugar. Drizzle the icing on top of the cinnamon rolls. - The icing is however purely optional. Do adjust the quantity of icing as per taste. - Recipe was loosely adapted from here. - The vegan butter I used for this recipe already had a bit of salt. hence I ended up using less than 1/4 tsp of salt for the actual recipe. - It is important to have the creamer and butter mixture between 100 - 110 F. If it is any colder, the yeast will not activate. If it is any hotter, it will kill the yeast.
Click here to cancel reply.

My daughter, who loves to bake, has a good friend who is a vegan. Going to give her this recipe and have her make it for her friend. Looks amazing. #client

Gorgeous photos! I love that pouring shot. These cinnamon rolls look absolutely lovely. Such a wonderful use of the Silk Almond Coffee Creamer

Thanks Tara for such lovely words :-)

I love the way you put your recipe directions together. This is a great recipe and looks so easy! Thanks for sharing.