My 86th recipe "Gobi Masala (Cauliflower Masala)", a delicious Indian side. As cauliflower is my most favorite veggie, it is very obvious that I love to try and taste any vegetarian dish made out of it. Whenever we buy cauliflower, there would be an argument between myself and RK. I would always fight to prepare deep fried Gobi 65.

But RK would give big lectures and ask me to prepare the Gobi Masala, which is on the healthier side with less oil. Since we get cauliflower all year round, this argument happens week after week. Even though RK would eventually win the argument, and I end up making this Gobi Masala, I would always reserve atleast 10 florets to make the Gobi 65 for tea time. It doesn't mean that this Gobi Masala doesn't taste good. It is just my little secret strategy to make both the dishes with Cauliflower and enjoy.

Cauliflower is surely one thing which I can never have enough of. Gobi 65 and Gobi Masala are my two favorites with the wonderful cauliflower. And when I was a non-vegetarian, my most favorite dish was the prawn masala which my mom used to make. This Gobi masala is just as tasty as the prawn masala, or probably even better, just minus the poor sea creature 🙂 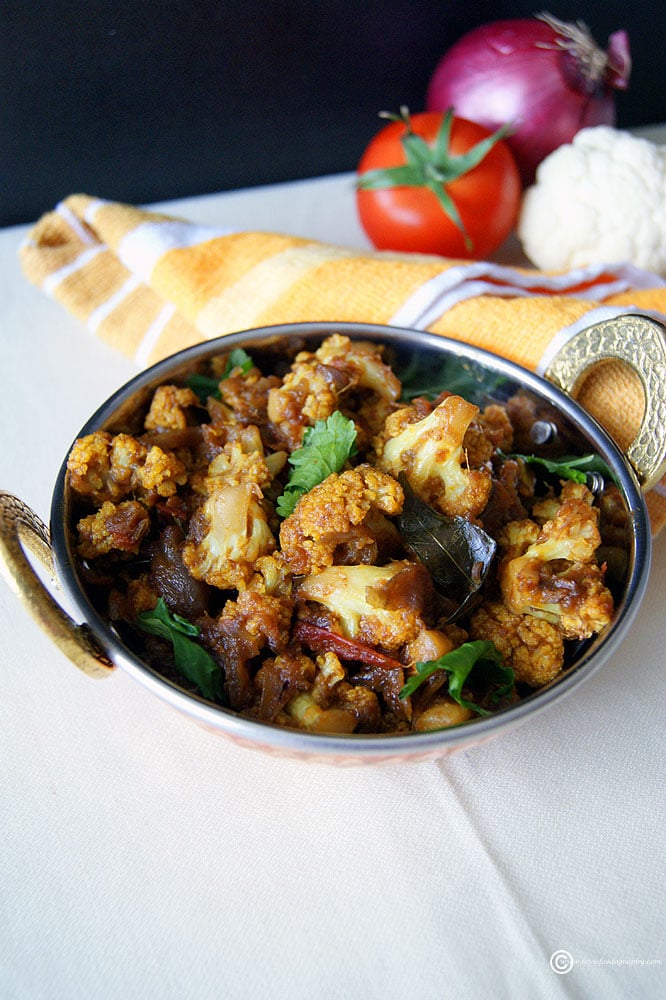 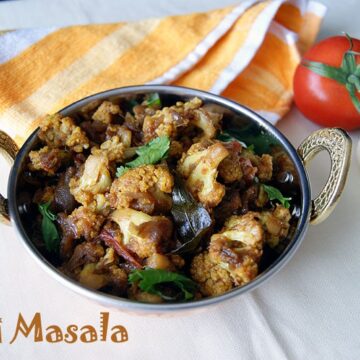 - If you feel that your cauliflower florets are not clean, soak the florets in hot water along with turmeric and salt for 5 mins, before using it. - Garam masala need not cook for long to remove the raw flavor like other masala powders. So adding it at the later stage will help retain its flavor. - If you need a mashed consistency masala, you can add the cauliflower florets along with the masala powders in step 2. 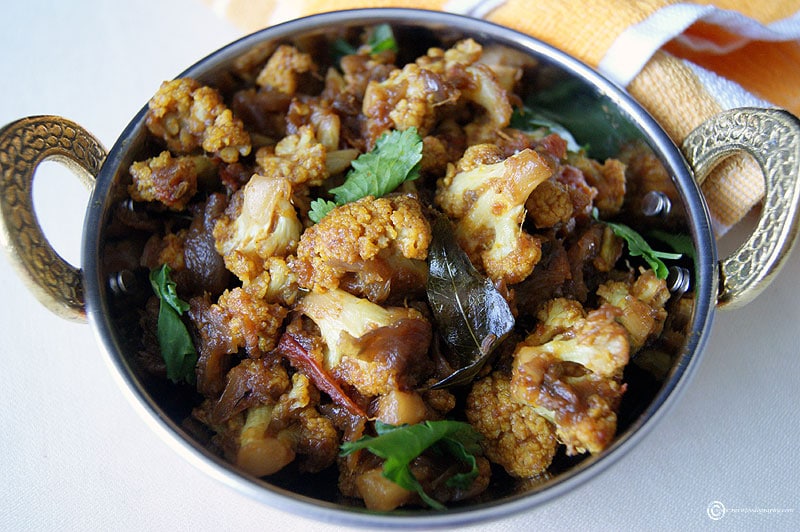