My 158th recipe, "Jeera Rice", a simple yet super flavorful rice. Whenever I eat Paneer Butter Masala, I generally pair it with Chapati or Dosa while having it at home or Butter Naan if having at the restaurant.

However, once when I ordered paneer butter masala in a weird Indian restaurant here, they paired it up with plain steamed rice. Who knows, it might be their strategy to use up the steamed rice they had cooked for the lunch buffet. Even though it was a new combination for me, it still tasted good and I grew accustomed to it.

So, when I planned to make paneer butter masala yesterday, as part of the mother's day lunch spread, I wanted to pair it with rice instead of the chapati. However since it was mother's day and I had planned to dedicate the post to my mom, I did not want to stop with preparing just a simple steamed rice. I suddenly remembered RK mentioning about the wonderful Jeera rice he had tasted while he was staying in Pune.

I immediately knew that I should be making Jeera rice for lunch. It is very simple to make, however bold on flavors. Jeera is also known to improve digestion and heal minor stomach ailments. Since paneer butter masala is a rich gravy, there could not be a better pair than this simple and delicious Jeera rice 🙂 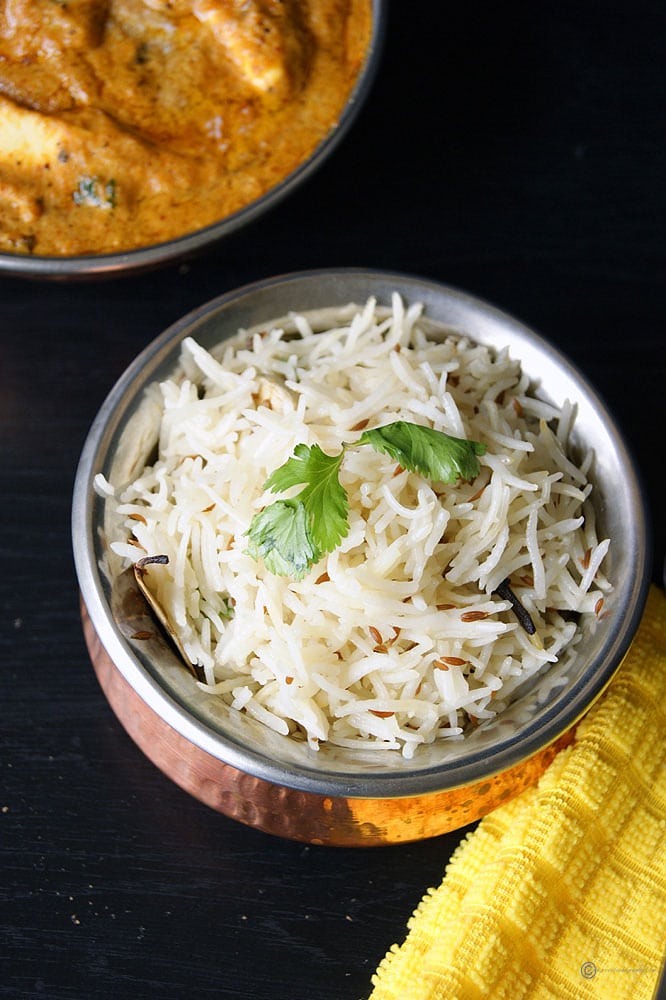 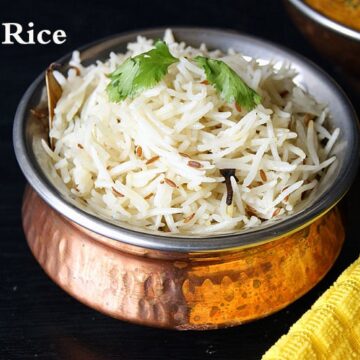 - You can prepare this recipe in any method you prefer. Like rice cooker, pressure cooker or normal pot method. Adjust the quantity of water per the method being used. - Tempering with ghee, gives the best flavor to this recipe. 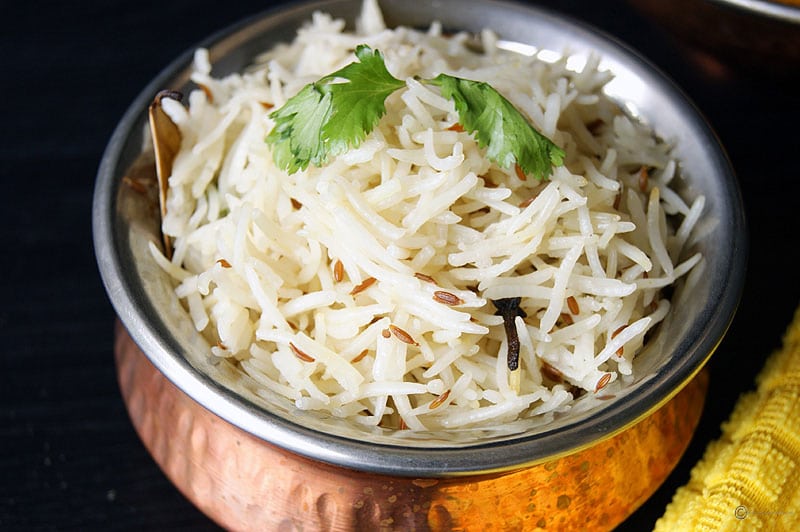 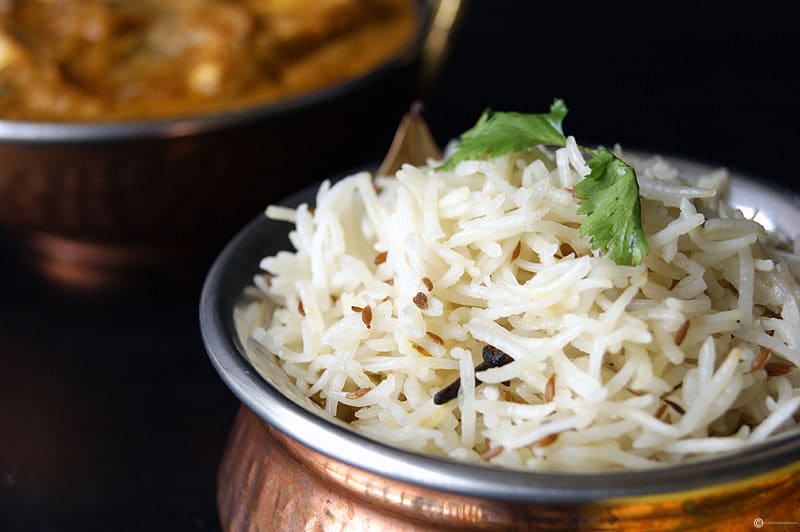 Sending this recipe to the First Blog Anniversary Celebration of Delectable Flavours.